An investigation of a historical structure at Douglas Colliery, Mpumalanga Province

During a Cultural Resources Survey on the farms Kleinkopje 15 IS and Steenkoolspruit 18 IS, which forms part of the Douglas Colliery, Emahlahleni District, mpumalanga Province, in April 2008, a rectangular structure was identified. The feature is probably the remains of an old farm workers dwelling.

It was recommended that the feature be cleared from vegetation, photographed in detail, measured and drawn as proper documented since these kinds of structures are frequently being demolished due to current development projects. This investigation was done in May 2008.

It is concluded that the ruin is that of a three roomed farm workers dwelling build of clay. It also has a courtyard attached to it of which the walls are packed with stone. It seems as if the building was inhabited during the early to the late 20th Century. 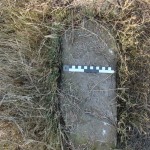 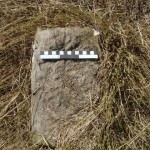