A report on the rescue of exposed human skeletal remains on a historical native mine cemetery dating to between the late 19th to mid 20th centuries, located on the remaining extent of portion 2 of Paardekraal 226 IQ, Roodepoort district, Gauteng (Stormill ext.13 development)

In November 2008 Archaetnos cc in conjunction with AVBOB Johannesburg, was requested by Industrial Zone Limited to investigate the discovery of possible human skeletal remains exposed by trenching on the remaining extent of portion 2 of the farm Paardekraal 226 IQ. A site visit clearly showed that the remains were indeed of human origin and that a number of burial pits were partially exposed by the exploratory trenching on the property. No headstones or any markers on the site indicated the existence of any graves, but an old map subsequently produced by the client showed that a ?Native? Mine Cemetery, in relation to a ?Native? Mine Hospital did in act exist here in the past.

Archaetnos cc was duly contracted by Industrial Zone Limited, together with AVBOB Johannesburg, to conduct the fieldwork. As part of the project a preliminary archival search was conducted and a report produced as addendum to an EIA document already completed by SEATON Thompson for the client.

After a first round of social consultation (newspaper advertisements, site signs) and completion of the archival research, a permit was issued by SAHRA?s BGG Unit. Fieldwork commenced in February 2009, continuing for a period of 5 weeks.
Approximately 50 individuals were identified during the investigation of the exposed skeletal remains and partially in situ and in situ burial pits present in an around the trenches on the site. We believe that the first phase rescue of the exposed human skeletal remains on burials from the native mine cemetery on the remaining extent of portion 2 of Paardekraal 226 IQ, was concluded successfully. It is clear from the preliminary archival research and the analysis of cultural material recovered that the individuals buried here, as well as the cemetery itself, dates to between the late 19th and mid 20th century. 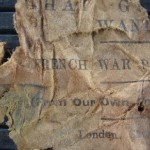 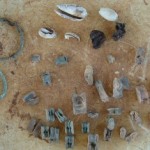 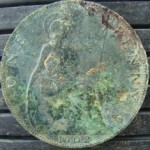 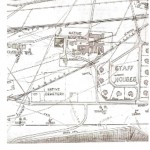