A report on the archaeological investigation, exhumation and relocation of 3 graves older than 60 years of age and unknown on portion 2 of the farm Kleinfontein 49 IS, impacted on by the expansion of Kleinfontein Coal Mining operations, in the middelburg Magisterial District Mpumalanga Province

Archaetnos cc was requested by Umcebo Mining (Pty) Ltd to assess and document a number of graves found recently on portion 2 of the farm Kleinfontein 49 IS by mine officials of their Kleinfontein Colliery in an area that will be affected by expanding opencast coal mining operations. The mine has been in operation for a number of years, and the work forms part of ongoing mining operations at Kleinfontein. Although no evidence of a Heritage Impact Assessment for the mine was found, an Environmental Management Program (EMP) was completed during 2004 by GCS, which provided the basis for permission for the mining operations. No archaeological or historical sites were found during the 2004 study, and although some graves were identified, these were outside the area that would be mined. The existence of the graves located during 2011 was not known.

There were two definite graves on the site, with a third likely grave. The one identifiable grave dates to 1917. It was recommended that the graves be exhumed and relocated, as they will be directly impacted by the mining operations, which is in very close proximity. All the necessary legal processes were adhered to before the work commenced. No direct descendants could be traced, but possible relatives of the one grave (Du Toit family) gave consent for the exhumation and relocation. The graves were relocated to Middelburgâ€™s Aerorand Municipal Cemetery. AVOB Middelburg was appointed together with Archaetnos cc.

This document constitutes a final report on the results of the fieldwork undertaken and is associated with Permit BG/11/08/003/86. Each individual burial is discussed in Appendix 2 (Burial Forms). A summarized discussion is also given.

We believe that the archaeological investigation, exhumation and relocation of the 3 graves from the area were conducted successfully and that the mining operations here can continue, taking into consideration a number of recommendations put forward at the end of the report. 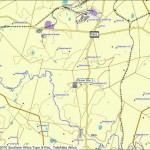 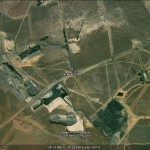 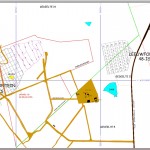